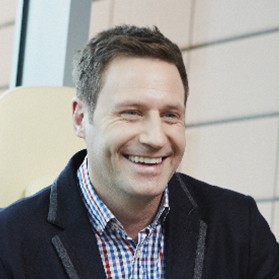 Mr Paul Rosen completed his medical training at Manchester University prior to completing a specialist training at Moorfields Eye Hospital in London. He is a registered member of the General Medical Council (GMC). In 1993, he became consultant ophthalmic surgeon at Oxford Eye Hospital and was head of his department from 1998 to 2004. He performs more than 1000 cataract and refractive surgical procedures each year between his NHS and private practices.

Mr Rosen first performed laser refractive eye surgery in 1991 at Moorfields Eye Hospital and started focusing on LASIK treatments in 1997. His interest in education led him to a position as a Senior Lecturer at Oxford University and as an examiner for the Royal College of Ophthalmologists for the Certificate in Refractive Surgery.

He was invited to participate as a member of the Royal College of Ophthalmologists Refractive Surgery Working Party due to his commitment to refractive surgery and for his 18 years of experience in laser refractive surgery.

In addition, he is a Medical Editor of Eurotimes, a publication of the ESCRS and is regularly invited to lecture on cataract and refractive surgery nationwide and around the world.